Maintaining a proper level of hydration throughout the day has long been a mystery from elite athletes to the elderly.Â  The International Life Sciences Institute recently commissioned a review of the current literature surrounding hydration and physical activity.Â  The studies lead investigator, Dr. Ann Grandjean, has long been noted as one of the leading experts on hydration and nutrition in the United States.Â  Among her findings was that a general recommendation of 8 cups of water per day, (64 oz) was much to simplistic of an answer to the complexity surrounding a recommended level of hydration replacement for an entire 24 hour day.Â  The average American male should drink from 3000 ml per day and the average female 2200 ml per day.

In the early 1990â€™s Exercise Physiologist Blake Surina noticed that the metabolism and hydration were closely related.Â  The key was to construct a system or mathematical model for providing accurate estimates of calories during physical activity.Â  Using his vast knowledge in cardiac rehabilitation, respiratory therapy, and exercise physiology, Blake was able to create the first mathematical models that could accurately measure metabolism, which he eventually patented.Â  The impact of his findings were immediately noticed by the local medical community, and soon he was sharing his findings with the highest level of the US military including General Lester Martinez and the United States Armies Surgeon General Kevin Kiley.

It seems some of the biggest health concerns of the GIâ€™s in Iraq centered around maintaining an adequate level of hydration.Â  Many serious hydration injuries including heat exhaustion, heat stroke and kidney failure became evident, with a subsequent increase of kidney stones as a result of a lack of proper hydration.Â  Working with Acumen Incorporated, and a professional triathlete John Putnam, Blake created the first functional hydration sports monitor. 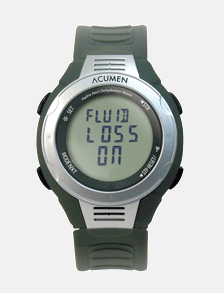 Within the year interest was peaked in hydration technology.Â  In December of 2005 Coca-Cola approached Blake Surina and asked to develop a hydration monitor that could be used to educate the American public as to the proper amount and importance of adequate hydration.Â  Blake subsequently developed a hydration pedometer that could give estimates of fluid replacement to cover the losses throughout a 24 hour day. 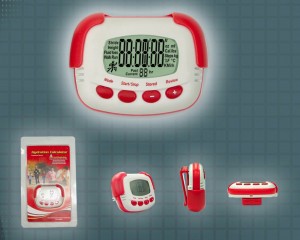